The fight against money laundering and terrorist financing in the U.S. is an ongoing and evolving battle. That’s why every year FinCEN produces a new National Money Laundering Risk Assessment from the Department of the Treasury. In an analysis of more than 5,000 law enforcement cases and financial reports from both the private and government sectors, the 2015 Risk Assessment exposes trouble spots and emerging trends all financial institutions should analyze.
The global dominance of the U.S. dollar generates trillions of dollars of daily transaction volume through U.S. financial institutions, creating significant exposure to potential money laundering activity. Although the U.S. has implemented a robust set of anti-money laundering rules designed to hinder criminals, criminals are resourceful. They continue to look for new vulnerabilities and methods to mask their identities and systems.
Once illicit proceeds are placed into the financial system, the continued use of financial institutions to move those funds both domestically and internationally can further obscure their criminal origins and facilitate their integration into the system. Therefore, establishing and maintaining an effective customer identification program is a key control.
Financial institutions are put in a vulnerable position when individuals and entities attempt to disguise the nature, purpose, or ownership of their accounts. This can occur through several avenues, but we’ll address the top three:

The first avenue is “interstate funnel accounts,” or the structuring and misuse of currency deposits. Structuring is a common technique used to avoid a cash transaction threshold at which a financial institution applies record keeping and/or reporting obligations. The interstate funnel accounts is a new term coined by Immigration and Customs Enforcement and Homeland Security Investigations (ICE HSI), and involves using an account at a bank with branches nationwide to make structured deposits in one or more geographic locations and then structured withdrawals in the state where the account was opened.
Simply put, funnel account activity often involves a customer structuring currency deposits into an account in one geographic area, with the funds subsequently withdrawn in a different geographic region with little time elapsing between deposit and withdrawal. The technique is known to have been used to funnel drug proceeds to the southwest border region in preparation for smuggling the cash into Mexico.
The following are some examples uncovered of customers structuring deposits and withdrawals to keep cash transactions below $10,000 to avoid the CTR reporting threshold:

The second is the emerging use of remote deposit capture. As cross-border wire transfers have come under increased scrutiny, drug trafficking organizations have found paper checks, money orders, traveler’s checks, and cashier’s checks to be an alternative. When properly managed, remote deposit capture can reduce processing costs, support new and existing products by financial institutions, and accelerate the availability of customers’ funds.
However, this same efficient processing of millions of checks a day is making it increasingly difficult to aggregate related payments or to scrutinize individual items for evidence of money laundering in a timely manner. This occurrence has grown severe enough that the FFIEC issued an advisory in 2009 on the matter, and agency discourse continues to surround the occurrence.
Once example of remote deposit capture was discovered in 2011 at Utah’s Zions First National Bank. The bank was cited by FinCEN and the OCC for violating BSA requirements to establish and implement an effective AML program with respect to its foreign correspondent customers’ account relationships, timely filing of SARs, and compliance with foreign correspondent account regulations. At the time, the bank had 54 foreign correspondent relationships, including 19 foreign money transmitters. With the banks adoption of remote deposit capture, the value of checks sent from correspondent financial institutions to Zions skyrocketed from hundreds of millions to billions of dollars between 2005 and 2007.

And the third avenue involves foreign money transmitters. In April 2006, FinCEN issued an advisory to U.S. financial institutions to alert them to the smuggling of bulk U.S. currency into Mexico, which often was brought back to the United States and deposited in U.S. correspondent accounts held by Mexican banks and Mexican money transmitters. Here are some examples of the money laundering methods Mexican Drug Trafficking Organizations used to move illicit proceeds into and through financial institutions:

Money laundering risks continue to be at the forefront of concerns for financial institutions. But by staying aware of criminals’ techniques and your own system vulnerabilities, you can stay one step ahead.
*Post originally published on AffirmX.com 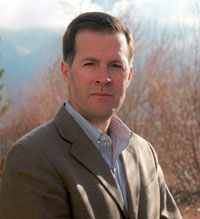 Ken Agle, President of AdvisX, our sister company, brings more than 25 years of experience covering almost all facets of financial institution risk management operations. He has conducted more than 350 compliance reviews and has assisted more than 200 financial institutions throughout the United States. He has developed and implemented systems and training programs on all phases of banking risk management, including, but not limited to BSA/AML, fair lending, loan review, HMDA, CRA, BSA, operational compliance, TILA, and RESPA.
He has written numerous regulatory responses and appeals and has been instrumental in assisting institutions with challenging circumstances while facing regulatory enforcement orders. He has partnered with McGladrey & Pullen, RSMI, Promontory, Sheshunoff and other multi-region firms to provide support services to financial institutions. Mr. Agle specializes in strategic regulatory response and in developing and implementing both proactive and reactive tools and systems to preempt and resolve issues affecting today’s financial institution. For more information on BSA/AML services, contact Ken Agle.