Two Years and No SARs/CTRs? Someone May Be Eyeing You as a Weak Link 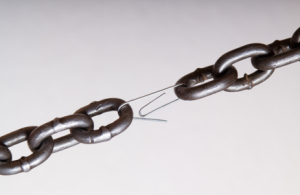 Yes, summer is already over and fall is upon us. That means sweater weather, changing leaves, and pumpkin spice. But it also means the year is winding down. If it was your New Year’s resolution to file at least one SAR this year, time is getting short. And if you still haven’t filed any, it might be time to double check to make sure you aren’t missing anything.
If it’s been awhile since your financial institution has filed a CTR or a SAR, you may think you’re flying under FinCEN’s radar. If so, you may want to think again. Not only could regulators be eyeing you as a weak link, but criminals and terrorists may be targeting you because they assume that smaller institutions may lack the training and/or procedures to identify reportable transactions.
It was about this time last year when FinCEN’s Director Jennifer Shasky-Calvery caused no small stir by pointing out that the data showed many small credit unions had not filed any Bank Secrecy Act-mandated Suspicious Activity Reports or Currency Transaction Reports in nearly two years.
Shasky-Calvery told NAFCU’s congressional conference that “some early research we are looking at suggests that we have a surprisingly larger … statistically relevant and unusual number of credit unions that over a seven-quarter period — so almost a two-year period — filed neither a SAR or CTR.”
It seems likely is that, as a result, FinCEN would turn up the degree of scrutiny applied to long-time non-CTR and SAR filers. The FinCEN director urged financial institutions to ensure the problem isn’t at their end, especially since criminals often target smaller institutions.
Here’s how Shasky-Calvery put it: “Bad money and money launderers are like water in a bucket—it always finds the hole, always finds the weakest link.”

One example of this was the former North Dade FCU, a $4 million credit union that at one point was doing business with 56 money service businesses operating in Central America and countries such as Egypt. And if it did file SARs, they were often late and insufficient. Not surprisingly, it earned itself a $300,000 fine.
And just last year, in a confidential report to NCUA, FinCEN identified more than 50 credit unions the organization considered to be at risk of serving as a conduit for money laundering activities. The common denominator among this relatively small group of credit unions was that they served money services businesses, such as check cashing firms or remittances businesses.

Despite those unfavorable examples, it’s worth keeping in mind that there may be many plausible reasons why a small credit union might not file a single CTR or SAR over multiple quarters in a row. First of all, many small credit unions operate with very little cash at all. Some may hardly ever deal with $10,000 or more in cash.
Secondly, many smaller credit unions service small communities of people of modest means. These small, interconnected communities are far less likely to engage in suspicious activity that would warrant a SAR.
That said, it’s probably a good time for all smaller financial institutions to take a second look at their BSA and AML efforts. When’s the last time you conducted a risk assessment? When’s the last time you conducted independent testing? Is it time to revisit your BSA training? How are your internal controls?
Ideally, these areas are looked at regularly, but even if they’re not, the FinCEN Director’s recent speech is a clear signal that now would be a good time to take a step back and see where your BSA and AML efforts stand, especially if it’s been awhile since you’ve filed a CTR or a SAR. When it comes to BSA, nobody gets a free pass – not even small credit unions.
*Originally published on AffirmX.com.

Ken Agle, President of AdvisX, brings more than 25 years of experience covering almost all facets of financial institution risk management operations. He has conducted more than 350 compliance reviews and has assisted more than 200 financial institutions throughout the United States. He has developed and implemented systems and training programs on all phases of banking risk management, including, but not limited to BSA/AML, fair lending, loan review, HMDA, CRA, BSA, operational compliance, TILA, and RESPA. He has written numerous regulatory responses and appeals and has been instrumental in assisting institutions with challenging circumstances while facing regulatory enforcement orders. He has partnered with McGladrey & Pullen, RSMI, Promontory, Sheshunoff and other multi-region firms to provide support services to financial institutions. Mr. Agle specializes in strategic regulatory response and in developing and implementing both proactive and reactive tools and systems to preempt and resolve issues affecting today’s financial institution.